Every hiring process encompasses several factors for deciding, both for the framework used and the developers themselves. This guide will cover the basics of Laravel as a framework, the demand for it, statistics for developers, the interviewing process, and its segments. Also, we will cover the framework’s popularity, specific skills to look for in the new hire, and similar relevant components.

You first need to understand everything encompassing this role for the hiring process and then specifically choose the best candidate. Let’s see all of these factors below and help you hire an excellent Laravel developer in no time.

Laravel, or PHP Laravel, is an open-source PHP web application framework renowned for its simplicity of usage. The design pattern of Laravel is MVC (model-view-controller), and it functions by reusing components from various other frameworks to create a practical, organized web application.

The Laravel framework is known for its elegant syntax for writing code uncomplexed and easy. Several functionalities for primary PHP usage are included within the framework, such as Yii, Ruby on Rails, or Codelgniter as programming languages. With such a rich library of functionalities, Laravel shortens the time needed for coding otherwise.

The development environment through Laravel is not only functional but also intuitive and with expressive interfaces too. Most commonly, Laravel is renowned for a simplified website creation from scratch that is unlikely to succumb to web attacks of various sorts.

In 2021, Laravel stepped into its decade-long existence since its release and continued to keep its place as the most sought-after PHP framework by developers.

In a survey from Stack Overflow, we can see the popularity of Laravel as a framework and how much developers prefer it, with 10.12% overall.

45.86% of developers needed 2-5 years to learn to work with Laravel and perfect their framework knowledge, whereas 22.61% have been working with Laravel for circa 2 years on average.

On average, the yearly salary of a Laravel developer belongs in the pay range between $80K to, most commonly, circa $109K a year, considering all experience levels.

Many big brand names rely on Laravel as their framework due to the advantages like fast web app creation that saves time and costs in the long run.

The websites/apps and brand names relying on Laravel are:

And of course, Laravel.io is a broad community portal for all issues and shares knowledge on Laravel as a framework and related news, updates, podcasts, and more. And, Laravel is most applied in eCommerce, admin apps, and custom development.

Helpful tips for a pre-screening interview

To conduct the Laravel developer interview properly, you need an expert talent acquisition specialist. They take care of the recruiting process, find the best Laravel experts, and then start the interview phases.

A talent acquisition specialist has to inquire about several things and pay attention to a few others. They would, of course, ask about the professional experience the developer has or how many years the developer worked with Laravel.

Along with the must-ask questions, the talent acquisition specialist pays attention to the punctuality of the developer to respect the scheduled call and the English language proficiency they have, all within the soft skills throughout the whole process. In this way, they ensure the developer is communicative and would be responsible for the company interviewing them.

Technical skills of a Laravel developer

An experienced Laravel developer should have knowledge, skills, and experience in:

Non-technical skills of a Laravel developer

The non-technical skills of a potential new hire say a lot about their expertise and professionalism in the long run.

For example, during the interviewing of the following potential Laravel developer, the first thing you will notice is their responsiveness to the scheduling of the call itself. This will tell you a lot about their online presence in general.

Another thing to pay attention to is punctuality when the time arrives for the scheduled call with the hiring manager or someone else conducting the call. Timeliness on every occasion before the start of the work proves that they would also respect deadlines once they start working.

And of course, it goes without saying, but English language proficiency is a must. The communicativeness and easy communication during the whole call will round up the impressions in general and prove that this specific Laravel developer will have a good work dynamic and communication with the clients without any problems.

When we asked Anass Ez-Zouaine, a PHP Laravel lead web developer, about the non-technical skills that are crucial in this role:

“A great Laravel developer stands out with non-technical skills like being a team player and learning fast. They easily learn new updates and adapt to new technologies and have to be great problem-solvers.” 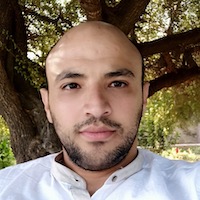 Below are just some of the many questions you or a talent acquisition specialist could ask the developer. To ensure their proper expertise and meet the requirements for this role, ask about the following (and other questions you’d find relevant):

1. What are some features of the latest Laravel version?

Expected answer: The latest version, Laravel 9 (released in February 2022), has some impressive and handy features. For example, there is the migration of anonymous stubs, so when you want to recreate a database completely, there won’t be any more clashes and crashes between class names during the migration.

Another feature is a completely new interface for the query builder, and from now on, the assortment and organizing of queries will go smoothly and well-constructed.

Another feature worthy of mentioning is the redesigned routes: list, in a fresh new, non-messy and organized display console.

And lastly, the PHP segments, or minimal PHP requirements, and PHP 8 String Functions. So what this means is that with the latest Laravel version 9, we use Symfony 6.0, and for this, the requirements are PHP 8. And regarding the string functions of PHP 8, there are several of them that will enable string modifications and in-depth string handling.

2. How do you define ‘migration squashing’?

Expected answer: In Laravel, migration squashing is a new feature that shortens the time needed for you to find information. So far, upon opening the migration folder, I needed to scroll for a few minutes. Now, I can just collect and compress all migration files I need within just one SQL file. This is done with simple commands in no time.

3. What is ‘job batching’ in Laravel?

Expected answer: Job batching in Laravel is a useful feature for dispatching multiple tasks or jobs in a queue. This feature will execute all queued jobs simultaneously while I as a dev observe the whole process. If some logic execution is needed, I can easily implement logic because I observe the queued process fully, in case something goes wrong, or it’s finalized, ideally.

4. What is Laravel Echo?

Expected answer: A great addition to Laravel is one of its libraries, or Laravel Echo, which is a JavaScript library for simplified monitoring and subscribing. With this library, I can easily listen to events broadcasting, I can subscribe easily to some channels and follow what’s happening from certain drivers. Easily, through a WebSocket connection, I can display or ‘broadcast’ all Laravel events I choose too, so that they are visible on the client-side JS app too. For installation of Echo, we can use NPM (Node Package Manager).

5. How would you use Laravel Route?

Expected answer: Thankfully, using or creating a route in Laravel is relatively easy. First, I need to determine which file I need to use, and I open that file (for example, either api.php or web.php - the latter is most commonly used). Then, I will type ‘Route’, which will start the code itself. The next step after this is determining which request I want and need to assign for the route mentioned, and I finalize all of this with the function that needs execution. This function is the outcome of the request I assigned.

Of course, we can always choose what sort of Route to use, because Laravel offers a few methods of route, such as: Post, Delete, Options, Get, Put, and Patch.

7. What are common artisan commands in Laravel?

Expected answer: Artisan commands are commands in an interface in Laravel, and with these commands we can develop an app easily, practically, and without much hassle during the development phases. There are quite a lot commands of this type, and you can choose which to use if you type in php artisan list (or the command list).

The following artisan commands are most widely used:

Expected answer: When we need to test something, the Laravel Faker (which is a PHP library) gives us a fake type of data to use just for testing. This data is SQL-intended, and it is a very useful dummy-type of data for simplifying the testing process. Otherwise, the faker is a package/module that provides the fake data, but is also good to use for Lorem Ipsum, payments, addresses, numbers, and similar.

9. What is meant by Laravel ‘routing’?

Expected answer: With Laravel routing, I can connect routes back with their appointed controllers. Basically, the routes help me to map my requests, or connect the controller action with the url.

Expected answer: A handy tool in Laravel is Dusk, a tool-package for testing the JavaScript apps, or in general for E2E testing (end-to-end). But at the same time, Dusk is extremely handy for API testing, as well as efficient automation of a browser. Dusk is not too demanding either, because it just needs ChromeDriver installation.

Essentials and assessment of a Laravel developer

A great Laravel developer excels at building apps itself, updating them, and deploying them. They need to be flawless at all the following:

Anass added what he would ask the potential hire:

“I would ask primarily about how they work with the Laravel queue system and how it operates. Then I would enquire about the main differences between inertia and liveware, dependency injection, and service providers. If the potential hire defines all of these clearly, they have amazing expertise. And a must-know is also the Laravel request lifecycle. I would ask about all of this as crucial key assessment factors.”

What distinguishes a great Laravel developer from a good one?

As mentioned in the essentials above, a great Laravel developer will stand out from the rest through several factors.

The best Laravel developer stands out with their perfect knowledge and experience with HTML, CSS, and JavaScript, but also the APIs, SOAP, RESTful, Agile, Waterfall, and Scrum.

Also, in general, a great Laravel developer has to know MVC and OOP ner perfection or flawlessly. They would quickly and without a hassle understand all methods, classes, objects, and techniques here.

“An excellent Laravel developer stands out from the rest when they know the following technologies: Vue.js, Memcached, Redis, unit testing, Elastic search, Melilisearch, Docker, or GraphQL.”

Possible challenges during the hiring of a Laravel developer?

This type of developer is not yet highly scarce, but the demand for it is specific, and great Laravel developers are not extremely easy to find. For the developers, this is not a complex framework to learn to work with. Still, the implementation itself on a large scale level and within the company is slightly challenging to incorporate. The crucial factor here is for the developer to be not just presented with the company’s work but all its projects in great detail.

Laravel is an open-source server-side PHP framework for full-stack web app development. Laravel was built on top of the Symfony framework and helps to create well-structured apps with model–view–controller (MVC) architecture.

Have a question about hiring a Laravel developer?

Find your next Laravel Developer within days, not months

We can help you deliver your product faster with an experienced remote Laravel Developer. All from €31.90/hour. Only pay if you’re happy with your first week.