Discover the details about sourcing Python developers, what they specialize in, what to ask them at their interview and which technical skills they need to possess.

Python is a language created for humans: easy to read, simple to implement new features in, and has good support from its community.

In today’s competitive world, one needs to implement new complex features continuously, and there are two ways to do so: to hire too many developers and project managers to ship your software quickly or hire a developer versed in a language like Python.

Option one introduces some problems, such as complex management of the workflow, increased development costs, etc. So, using Python brings onboard many benefits. Even though it’s not the fastest programming language and the hardware cost for it is more than in some other languages, it holds more perks than risks:

It’s fast to implement new functionalities, and a couple of good Python developers can make great software. From a business point of view, a low-cost and fast development process sounds reasonable, and this is where Python really comes to shine.

This explains why Python is the third most popular programming language according to the Stack Overflow report from 2021 (based on the responses of 83.502 respondents) and the number one most wanted technology that developers like working with (with a 19.04% of all responses). Any job board would be full of opportunities for remote Python coders.

Python developers can specialize in one or a couple of fields. But it’s always a good idea to focus on only one field and do your best to become perfect in your specialized area. We will explain more about the fields of application in which Python can be used. But, in general, there are the possible job responsibilities of Python developers:

As for the requirements, a good Python developer should:

National average salaries vary from country to country, but since Python is a popular programming language in software development, both the demand and offer are pretty high.

This suggests that an hourly rate for the average Python developer is, on average, roughly $51.96.

So, the base salary is different according to the tech stack of the software engineer, where they are based, and most of all—whether they are entry-level or senior Python developers.

Python has a huge community, and it is a popular programming language. Learning Python is easy, so most the new developers start their careers with Python, explains our Python developer Arzu Huseynov.

The latest trends show us there will be more developers who will use Python as a daily programming language. This possibility helps businesses to lower their development costs and easily expand their team. 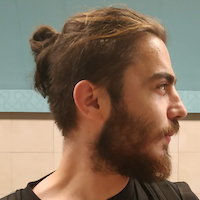 So, interviewing a Python developer won’t be a matter of sourcing them but more of finding a diamond in the rough. Here are some interview questions you can use and which technical and non-technical skills you need to pay attention to.

Specific questions depend on the level of experience the candidate has and the position they are applying for. But some general questions Arzu used in his Python experience would be:

1. In your opinion, what are the biggest benefits and challenges of using Python?

The simple and summarized answer is:

2. What is a dynamically-typed language?

Expected answer: Dynamic-typed languages are those in which the interpreter gives variables a type at runtime based on the variable's value at that moment.

3. What is Scope in Python?

Expected answer: The accessibility of a Python object is determined by its scope. Since it cannot be accessed from any place in the program, the scope must be declared to access the specific variable in the code. Scope refers to the specific coding area where variables are displayed.

4. What is PEP 8, and why is it important for you to understand it?

Expected answer: PEP 8, sometimes known as PEP8 or PEP-8, is a document that offers recommendations and best practices for creating Python code. Guido van Rossum, Barry Warsaw, and Nick Coghlan wrote it in 2001. It is important to understand PEP 8 since its main objective is to make Python code more readable and consistent.

5. What is a pass statement?

6. How is memory managed within Python?

Expected answer: Python uses a private heap that houses all of its objects and data structures to manage memory. The Python memory manager is responsible for the internal administration of this private heap.

7. What are the SOLID principles?

Expected answer: The design of the Python programming language is influenced by a set of 19 "guiding principles" for creating computer programs called "The Zen of Python."

Expected answer: Python is an object-oriented programming language similar to Java. The term "interpreted language" refers to Python. Instead of a single long list of instructions, which was the norm for functional programming languages, Python uses interchangeable code modules.

10. How can you create a class in Python?

Expected answer: A class can be created using the keyword class, followed by the class name.

Top technical skills to have

The must-have technical skills mostly depend on the field of application. For example, Arzu is a backend developer, and these are the most important tech skills a Python dev specializing in his development environment should have:

When it comes to extra skills a Python developer could have to get that extra skilled status, here are some pros that would make a great hire, according to Arzu:

It’s a bit of a tough question. But, I believe great Python developers are capable of using Python at its limits. They know pythonic ways of problem-solving and have good experience with TDD. They care about readability, software patterns, and using resources carefully.

Top non-technical skills to have

Some of the north star qualities you should look for not only in a Python developer but in any full-time employee you want to work with for a longer time are:

Python experts can wear many hats and specialize in multiple fields, from AI and ML through web development to game dev. Depending on your business needs, we can help you find a Python developer with relevant experience.

To boost your business with machine learning, you don’t necessarily need to integrate expensive feature-loaded ML solutions into your systems. A freelance Python contractor can solve many ML problems using simple tools.

They can help you apply linear regression algorithms for predictions or Bayesian classifiers for filtering documents. They also can build an AI solution for image recognition, text, and data processing. For complex tasks, they can create and train neural networks using APIs for deep learning libraries.

If you need to build a real-time computer vision application, you can hire OpenCV developers who code in Python. Using OpenCV-Python API, they can solve tasks on image processing, video capture, and analysis to build such app features as face detection and object detection.

If you want to prototype, train, and deploy a scalable deep learning model, you can hire Keras developers. Using the Keras Python API wrapping Theano and TensorFlow numerical computation libraries, Python programmers can build a neural network in a few lines of code.

Many Python developers have a good understanding of relational (MySQL, PostgreSQL, MSSQL) and non-relational (MongoDB) databases. They also are experts in algorithms that collect, cleanse, and validate data. Whether you need to build a custom BI tool or a web scraping and aggregation pipeline, a Python programmer will be of help.

You can hire Pandas, Numpy, and SciPy developers to build ETL pipelines that will import data from various file formats, such as JSON, SQL, or Microsoft Excel, and execute various data manipulations such as merging, reshaping, selecting, and cleaning.

Python data engineers have all tools needed to write reliable scripts that integrate multiple data sources and databases into one system.

Moreover, Python engineers are good at visualizing data. They successfully use Matplotlib and Seaborn libraries for plotting graphs. For advanced interactive visualization of 3-D data, they can use the Mayavi app. Those tools make creating beautiful custom charts simple.

Python experts can help you improve your team’s development lifecycle. They know how to write reliable scripts to automate your CI/CD pipelines and orchestrate your infrastructure. Those scripts are platform-independent and usually work well with version control systems, configuration management tools, and automation testing frameworks.

If you have a bunch of services on the backend of your web application, a Python web developer can help you orchestrate them. Python is a good language for creating highly scalable APIs and gluing pieces of software into great microservice architecture.

The PyTest framework allows writing effective unit and functional tests for Python API and helps developers ensure flawless operation of your app. In this view, engaging a Python programmer in your next API interaction project would be a smart decision.

Python web developers are good at building web services. For fast development, they have several Python web frameworks at hand. For example, they would use Django for sophisticated, multi-layer, full-stack apps or Flask for building small and simple projects.

You can ask a Python engineer to build a desktop application for you. They’ll choose the right GUI framework for the platform you target. Apart from Python’s standard GUI library Tkinter, there are a couple dozen cross-platform and platform-specific GUI toolkits, such as PyGUI, wxWidgets, Kivy, PYQT, etc.

Using PySoy and PyGame libraries with popular game engines, Python developers can create a game prototype within a few days. Or they can build a production-grade game for you. Such popular games as Battlefield 2, Frets on Fire, and World of Tanks, for example, were written in Python.

Compatible languages and frameworks with Python

There are plenty of Python frameworks that are in common use, such as Django, Flask, Dash, Falcon, web2py, etc. But since it is a portable language, you don’t need to code things from scratch if you are transferring your code to a different language or platform.

Have a question about hiring a Python developer?

Find your next Python Developer within days, not months

We can help you deliver your product faster with an experienced remote Python Developer. All from €31.90/hour. Only pay if you’re happy with your first week.